Daylight Saving is upon us once again – causing great confusion across the nation. Time change trips up even the most experienced world traveler and international business professional. This crash course will give you the basics of getting your bearings as the time changes and never mess up scheduling a meeting again.

This post focuses on time change in the United States.

Would you rather watch a video on this instead? Great! Click here to catch the video on YouTube.

First and foremost, it’s important to understand the difference between standard and daylight time – and it’s completely counterintuitive.

Standard time is active for about four months out of the year – starting in early November and ending in early March.

Daylight time is active for the rest of the year – starting in early March and ending in early November.

We’re in Daylight time for most of the year. Feels like that should be Standard time, right? No, it’s Daylight time.

Not Everyone Observes Daylight Saving

There are little pockets of the United States that don’t participate in Daylight Saving so it’s important to use the time zone acronyms appropriately. While interchanging the S and D throughout the year may not seem like a big deal, you could be making disastrous scheduling mistakes by not using them correctly.

As of 2020, the following US states and territories do not observe Daylight Saving: Arizona (excluding the Navajo Nation), Hawaii, American Samoa, Guam, The Northern Mariana Islands, Puerto Rico, and the Virgin Islands.

When the Time Changes… and When It Doesn’t

A common misconception is in locations like Arizona (which is always in MST) that don’t change their clocks is that Daylight Saving changes have no effect. However, time changes for everyone else means the states we align with during different times of the year also shifts. For example, during Standard time (November to March), Arizona’s time aligns with the Mountain region – Utah, Colorado, New Mexico, etc. During Daylight time (March to November), Arizona aligns with the Pacific region – California, Nevada, Oregon, etc.

A Few Tips and Fun Facts

Get blog posts in your inbox

6 Types of Meetings and How to Use Them Successfully

Let’s get honest – most of us are tired of meetings because they seem pointless. However, when leveraged correctly, meetings can be a powerful tool

How to Implement a New System Successfully

Implementing a new system or process can be frustrating if all the hard work put in doesn’t stick. We evaluate, design, implement, and then, disappointingly,

3 Fundamentals of Operational Efficiency and Effectiveness

Achieving operational efficiency and effectiveness can be frustrating for new and veteran leaders alike. As business moves through environmental and resource changes, the strategy to

6 Types of Meetings and How to Use Them Successfully

3 Behaviors that Scare Contractors Away

How to Implement a New System Successfully

3 Fundamentals of Operational Efficiency and Effectiveness

How to Hold a Successful Project Debrief

Get the exact checklist I use to keep an eye on my systems and processes throughout the year! 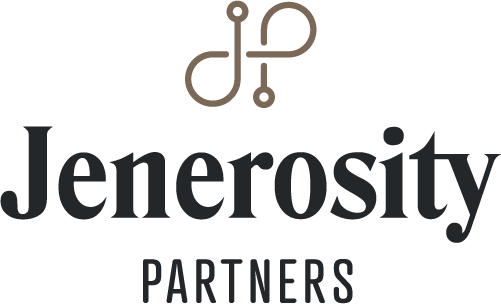 Join our newsletter to get the free update, insight, promotion about the entrepreneur, business, and career.